Downstairs in the Basement

Phewwwwww, it's so much stuff and I'm like what do I do with all this. There is so much you can barely turn or move but today I made a pathway and found some of Vee's old toys when she was little in some boxes. It was funny and strange to see them. When I first got separated from her and my two boys Dad I was pregnant with her. And I decided to move and let my big house go..a four bedroom house with full Garage and huge yard only 700.000 per month. those were the days..but with four children and five on the way I couldn't do it alone. so I packed up and moved us to mom's and well that's another story, But seeing Vee's things reminded me. Well later when I turned the corner I found a little white box with wrapped up stuff. When I started unwrapping it I found these little Santa Clauses. And a cute little sled..One salt and pepper shakes a Santa And a Reindeer. . 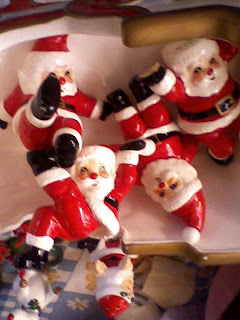 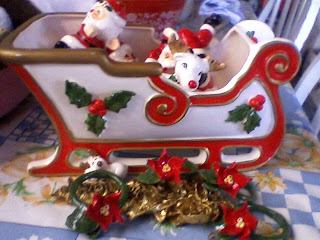 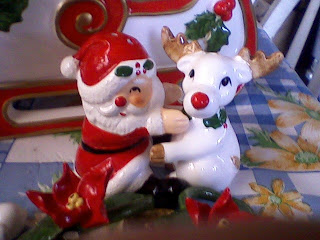 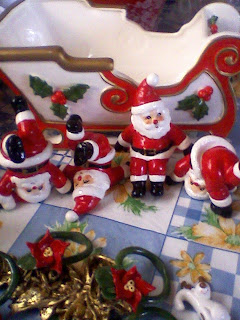 I thought it was a great day in the basement I found a bunch of clear Pyrex Two loaf pans several sm custard cups and some bran new oblong ones that I really like. A large 9 inch pie plate and a 8 inch one. A old white sunbean mixer bowl...nice. and a fake Pyrex bowl. lol I thought it was Pyrex but when I turned it over it was marked with a large {F} and marked Heat Proof. 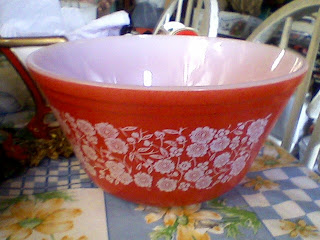 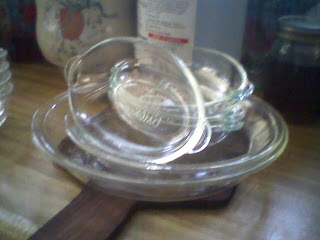 Here are some of the clear Pyrex that I found... Well Sunday morning I will be going home and going to Church. So it was a great day and I'm tired out. Ready to go to bed..So I wish you a great evening a great weekend Holiday.